Relations between the United States and Serbia: Asymmetric Confrontation and Relation

The U.S. and Serbia are highly asymmetrical in size, in international
position and in their respective roles. In the period of 1989–2017, Serbia existed in the framework of four different countries. It was part of the Socialist Federal Republic of Yugoslavia – SFRY (1989–1991), then the Federal Republic of Yugoslavia – FRY (1992–2003), afterwards Serbia and Montenegro (2003–2006), and finally the Republic of Serbia (reestablished its nationhood in June 2006). During these times, it suffered changes in size and in political position. 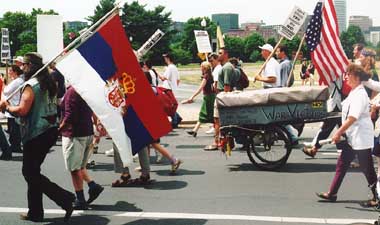